PROFIL A PROJEKTYVÝZKUMNÁ SPOLUPRÁCESTUDENTSKÉ PROJEKTYKONTAKTY
The group deals with the safety of vehicles in terms of their technical and operational characteristics. It focuses on collision safety and interaction with the crew. It deals with driver assistance systems and their influence on traffic safety, subject of interest are sensors used and their properties, passive safety, biomechanics injuries and restraint systems.

The group also focuses on interdisciplinary research into critical interactions between technology and humans in the field of vehicles and transport, particularly in the field of testing vehicle safety systems and the behavior of autonomous vehicles, including the development of training methods for road users.

1) We are looking for organizations and companies with a large number of service vehicles, or even individuals with vehicles equipped with ADAS (Advanced Driver Assisstance Systems – eg automatic braking, automated ride, automatic lane maintenance, etc.) for collaborative research on Technical aspects of driver behavior. Tangible benefits for a collaborating organization include, among other things, a particularly detailed fleet management with the ability to analyze the driver’s driving skills.

2) We offer individuals the opportunity to test the functions of automatic braking systems on their own vehicles without the risk of damage to the vehicle – we have our own soft target, an inflatable vehicle corresponding to the ISO standard. At present it is the lightest existing test target representing the whole vehicle capable of stalling at speeds over 60 km / h without the risk of damage to the tested vehicle

1) Methods and means for recording, evaluating and identifying the psychic state of the driver (K623X2RC, K623X2RB)

The aim of the project is to design sensors, methods and procedures to record, identify and, if appropriate, I predict the mental state of the driver, the driver or other persons responsible for the operation of the means of transport.

In connection with the adoption of the amendment to the Act on Road Traffic, there have been some amendments to the Criminal Code aimed at stricter punishment of unruly drivers and thus increasing safety on Czech roads. In the project the student should focus on selected offenses related to motor vehicle driving (such as driving without driving license, driving under the influence of addictive substance, harm to health, general threats, etc.), to compare their facts, the amount of punishment, Against the safety and fluency of road traffic including sanctions imposed. The project will also include analysis and comparison of Czech criminal legislation with foreign adjustments.

In connection with the introduction of new automated technologies for transport and information processing, there are also unusual views of the cases where the technology with its unexpected function has caused an accident (accidents) under which a person is responsible under the law (eg driver in the case of a malfunction of the automatic coupling of the front and rear axle of the vehicle ). The study of such cases together with proposals for solutions or a deeper analysis of the causes and consequences is the subject of this project.

The project focuses on the energy analysis of the production and operation of the components of the transport system, focusing on the comparison of the proposed and implemented security solutions. The result is clear energy-oriented graphs, affecting the energy demands of each element of the transport system optimally from idea to extinction, respectively. From obtaining resources to disposal.

The Integrated Vehicle Safety Systems project focuses on: the principles of pre-emergence safety systems, the detection of an unavoidable accident, methods of protecting the crew of the vehicle and its surroundings. Reaction space and runway analyzes. Comparison of sensor potential in and outside the vehicle, including application of sensor networks, evaluation of critical points of the systems. Optimization of test methods for the evaluation of integrated security systems. Prediction of Vehicle Behavior without Using Intermediate Communication. Transition to autonomous vehicles.

A master’s thesis is dealt with in the framework of the project, the first aim of which is the design and production of an obstacle detection system in front of a vehicle based on 1D leaderar. The second objective is to design an algorithm to detect obstacles and identify a safe, colliding space in front of the vehicle. This diploma thesis can be followed by other projects that would create a sensory fusion: lidar, radar, camera system. 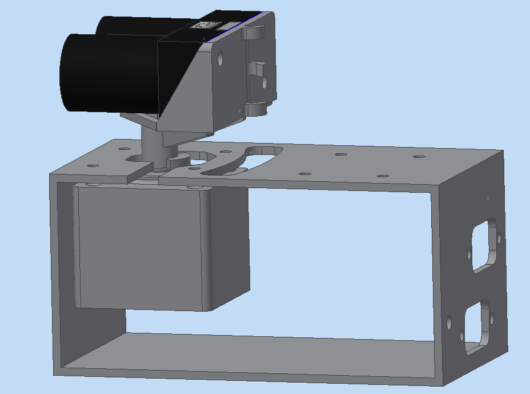 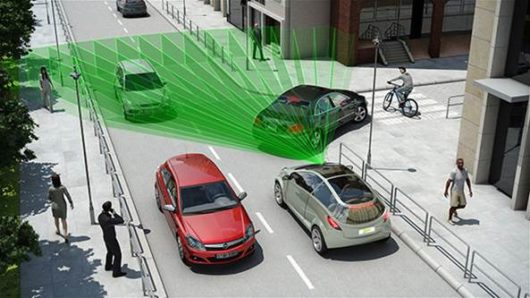 6) Methods and means for recording, evaluating and prediction of crisis situations (K623X2MC, K623X2MB)

Each crisis situation is characterized by a relatively rapid change in the steady state. The aim of the project is to find methods of identification of crisis situations, ways of their recording so that the history of such a condition is obvious, and relevant procedures for the subsequent evaluation of the recorded record. The project may also include crisis-conditional models that would provide enough information for a reliable prediction of the crisis situation.

The issue of the coexistence of autonomous and classical vehicles within a single transport system. Social manifestations through a technology tool (vehicle), robot and human coexistence in one environment performing the same tasks. Prediction of individual vehicle behavior and mixed traffic.